Our Hearts Overflow with Gratitude 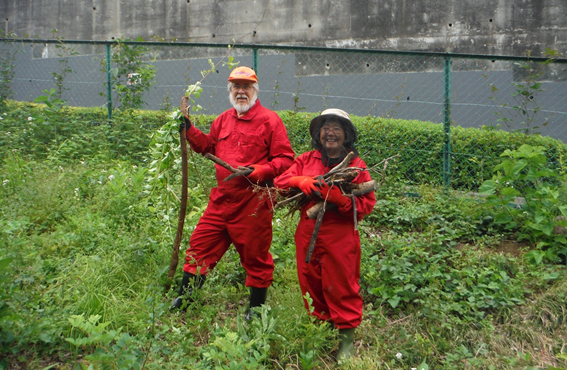 Our hearts overflow with gratitude when we think of the impact that the Centre has had on our lives.

As overseas personnel for The United Church of Canada, we were on home assignment in Canada in 1994-95 when I read “Journey from Fisher River”, written by Joyce Carson about the life of Stan McKay. I was so moved by that book that I felt moved to work on the translation of a book about the Ainu people, the Indigenous people of northern Japan. The book had been written by a Japanese friend who was a minister working in an area where there was a large Ainu population. I wanted to translate the book into English and share it with Indigenous people in Canada in the hope that the Ainu people and Indigenous people in Canada might connect with one another.

We asked the United Church office if there might be a place where we could share the content and through that we were given the opportunity to go to the Dr. Jessie Saulteaux Resource Centre in 1995 and share it with the students studying for the ministry there. I was so pleased to be given this opportunity to share with the students and this first visit for Keiko and I turned out to have a huge impact on our lives. 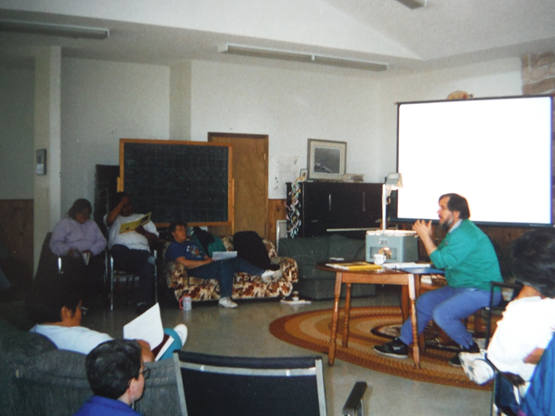 I spoke about the content of the book and showed slides of Ainu people in Hokkaido. While I was speaking and doing what I thought was such a good thing, one of the students stood up and, shaking with anger, yelled out “What are you doing in Japan!? Do you know what you people did to us??” I didn’t know what to say or do! I wanted to cry because I thought I was doing a good thing but through his anger I came to see that it was my first time to speak to a group of Indigenous people in Canada and I was doing it from a position of power, as a teacher, whereas I should have been on my knees apologizing, seeking reconciliation, and learning from Indigenous people in Canada first. His anger was a special gift for me and we were actually able to hug one another when we parted. 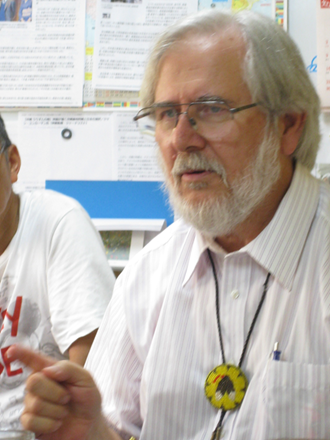 Another student at that time gave me a loop tie with an eagle feather design that I could wear around my neck and she explained to me that the one who holds the eagle feather must speak what he or she believes is the truth and must speak from the heart. This was also a special gift for me and I almost always wear it both in Japan and in Canada when I speak before a group for the first time. We also happened to be at the Centre on the day Jessie Saulteaux passed from this world and we all shared tears and hugged one another before parting. God’s love was working in the anger, God’s healing in the gift of the eagle feather, and we also felt God’s presence in the tears and hugs that we shared. 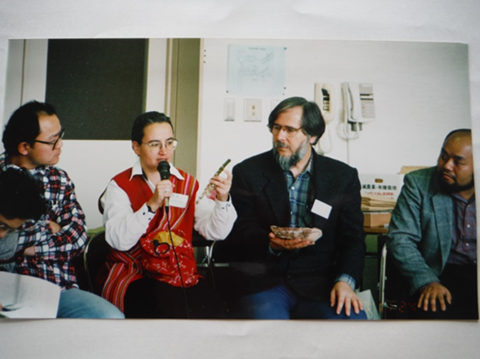 Melody McKellar in Hokkaido speaking to a church group in 1997.

The group from Japan that visited the Dr. Jessie Saulteaux Resource Centre in 2000. In the back row, Keiko is second from the left and Rob is second from the right. In the middle of the front row is famous Ainu musician Kano Oki. Melody McKellar is on the far left.

We also brought a group from Japan, including Ainu people, to Jessie Saulteaux in 2000 and put together a report of our time there in both English and Japanese entitled WASTE which is a Lakota word meaning it “It is good” that we learned from Gladys Cook. It was an especially rich experience for us all.

I would also like to share with you that at The Theological Seminary for Rural Mission where I am now working as principal in Tokyo, this year, at my suggestion, we had an online course concerning the history and present situation of the Ainu people led by the director of the Ainu Peoples Resource Centre, a church related Centre in Hokkaido. Many people, including teachers at the Seminary participated in this course.

In my course on Rural Mission, we look at the history and present situation of the Ainu people but also introduce the work of Sandy-Saulteaux and the present situation of Indigenous people in Canada as well. In both my course on Rural Mission and the English Conversation course we have looked at the DVD “We Were Children” about two Indigenous people who were forced to go to Residential Schools.

The Theological Seminary for Rural Mission was hoping to take a group to Sandy-Saulteaux in September 2020 but we weren’t able to do that because of COVID-19. We are hoping it might happen next year. 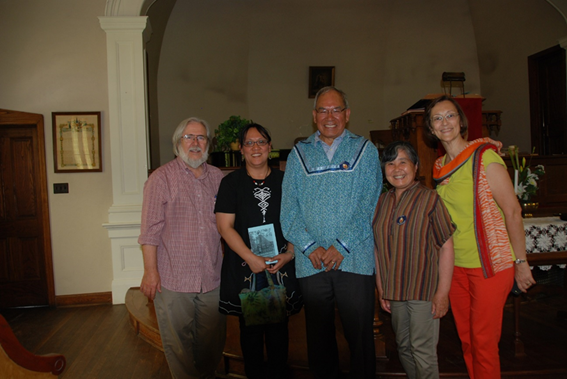 Rob, Divan Suqluman, (a member of the Bunun people in Taiwan, who is a minister of the Presbyterian Church), Grafton Antone, Keiko and Patti Talbot (Team Leader of the Global Partnership Program of the United Church of Canada) in 2015, visiting the Oneida church where Grafton was the minister.

We have visited both the Francis Sandy Theological Centre and the Dr. Jessie Saulteaux Resource Centre/Sandy-Saulteaux Spiritual Centre. Whenever we have been back in Canada we have always tried to visit, even just to say hello. Sometimes we have even been able to do that with friends from Japan.

Connecting with so many people from Sandy-Saulteaux has been an overflowing of so many special gifts in my life. The relationship with you is precious and we do want to continue to share and to learn from one another. You are in our hearts always.

Rob and Keiko working in a field at the Seminary.

Rob Witmer moved to Japan in 1969, as overseas personnel for The United Church of Canada where he met his wife Keiko. Together they served for over 40 years, working with farmers, rural churches, teaching English conversation and supporting people under psychiatric care. They have tried to build relationships with Ainu people and to work together with them, including volunteering with the Ainu Peoples Resource Centre. Land of Elms ~ The History, Culture, and Present Day Situation of the Ainu People, translated by Rob, was published by The United Church of Canada in 1998. Rob & Keiko currently live at the Theological Seminary for Rural Mission in Tokyo where Rob is the principal.

Will you join Rob, Keiko and the churches of the Dohoku Sub-district in supporting transformative learning and global connections at the Sandy-Saulteaux Spiritual Centre? Click here to make a donation today.