Sandy-Saulteaux Spiritual Centre is a place of spirit where both Indigenous and Christian spiritual beliefs are respected, shared and understood. We are located on 36 peaceful acres of wooded parkland beside the Brokenhead River, one mile east of Beausejour, Manitoba, Canada. From the strength of our Elder’s wisdom, SSSC fosters teachings of respect, healing, and wholeness among all peoples and with all of creation. We are a non-profit organization involved in theological and cross-cultural training. “The Earth is Our Faculty” describes our orientation in education. The earth produces our language, our elders read the lessons of the earth and create our cultures. We have lived well for many millennia in this land.

The United Nations Declaration on the Rights of Indigenous Peoples guides our work in leadership development and connection to the land. The educational mandates contained in Canada’s Truth and Reconciliation Commission’s Calls to Action are taken seriously and are embedded in our curriculum and program work. The Calls to the Church, prepared by the Caretakers of Our Indigenous Circle, expresses our vision for the ongoing development of Indigenous Peoples’ mission and ministry and communities of faith within The United Church of Canada. Our learning circle and community-based education model has led the way in providing an Indigenous approach to learning and has fostered respect and engagement of non-Indigenous people, churches, schools and social agencies.

SSSC trains Indigenous community lay leaders in helping and healing capacities. We also train people for Indigenous leadership roles in The United Church of Canada and other churches. We affirm a style of leadership appropriate to Indigenous culture and the Indigenous church experience. We are constantly testing curricula and approaches to increase our effectiveness in our Indigenous context.

Partners    Staff    Keepers of the Vision/Board

Vision    Mandate    Calls to the Church 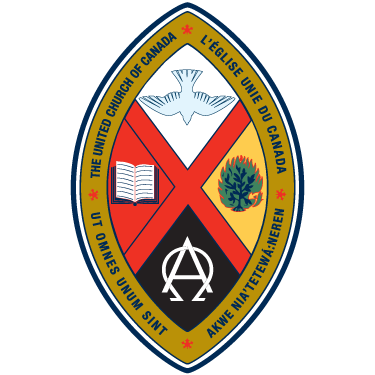 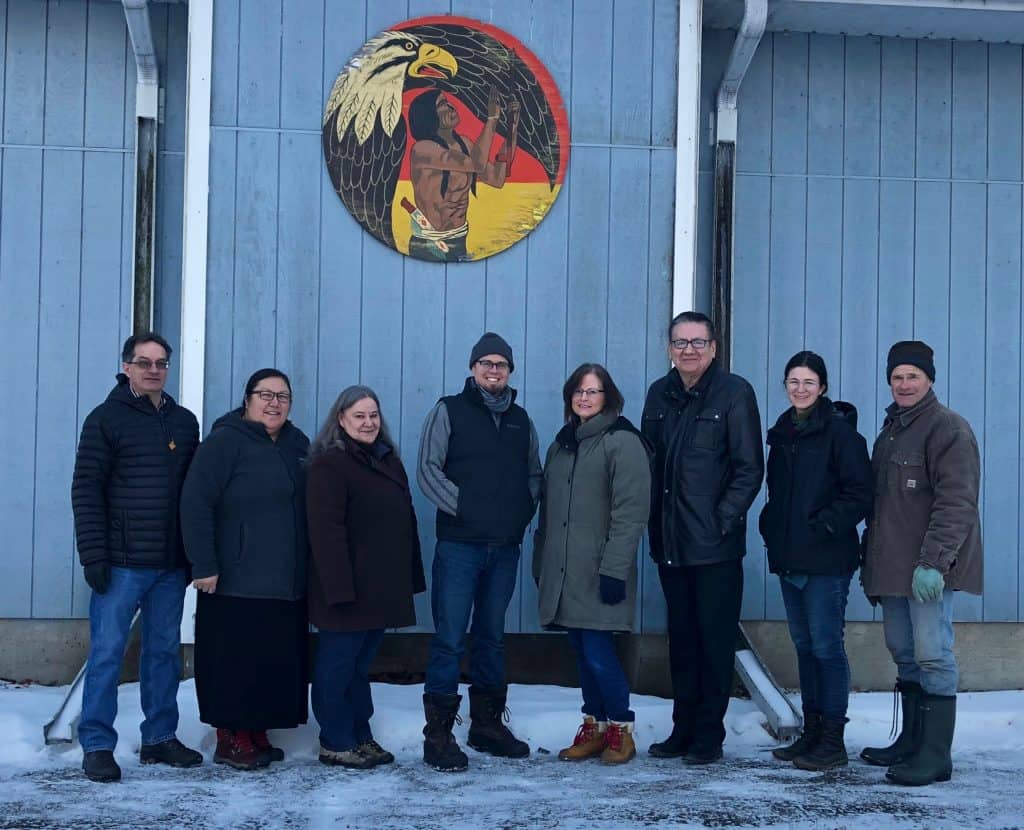 Keepers of the Vision

Esther Wesley is, first and foremost, a wife, a mother and a grandmother. Esther was born and raised in Sachigo Lake First Nation in northwestern Ontario. She was raised on a trapline in the traditional upbringing of the Nishnawbe-Aski Nation people. She was also raised in the Anglican tradition as her father was an Anglican priest. She has worked for the Anglican Church of Canada as a co-ordinator of the Anglican Fund for Healing and Reconciliation and as an anti-racism educator. For many years, Esther volunteered working with youth in suicide intervention and prevention. In recognition of this work, Huron University College presented her with an honorary Doctor of Divinity Degree in 2005.

Carmen Lansdowne is a member of the Heiltsuk First Nation. She is an ordained minister in the United Church of Canada and the Executive Director of First United, a community ministry offering programs of advocacy, housing and healing in Vancouver’s Downtown Eastside. Born in Alert Bay, BC, Carmen grew up in the United Church and has been involved in the church in a variety of ways. She holds a PhD from the Graduate Theological Union in Berkeley, CA and speaks, writes and publishes across North America on issues of Indigenous theology and Indigenous-Christian relationships.

Kelly Selkirk is the post-secondary coordinator for Fisher River Cree Nation where she has worked and lived for over 20 years. She is Metis and grew up in Grand Rapids. She has a Bachelor of Education degree from the University of Winnipeg and experience teaching and developing curriculum from Nursery to Grade 12, including adult education and college level. 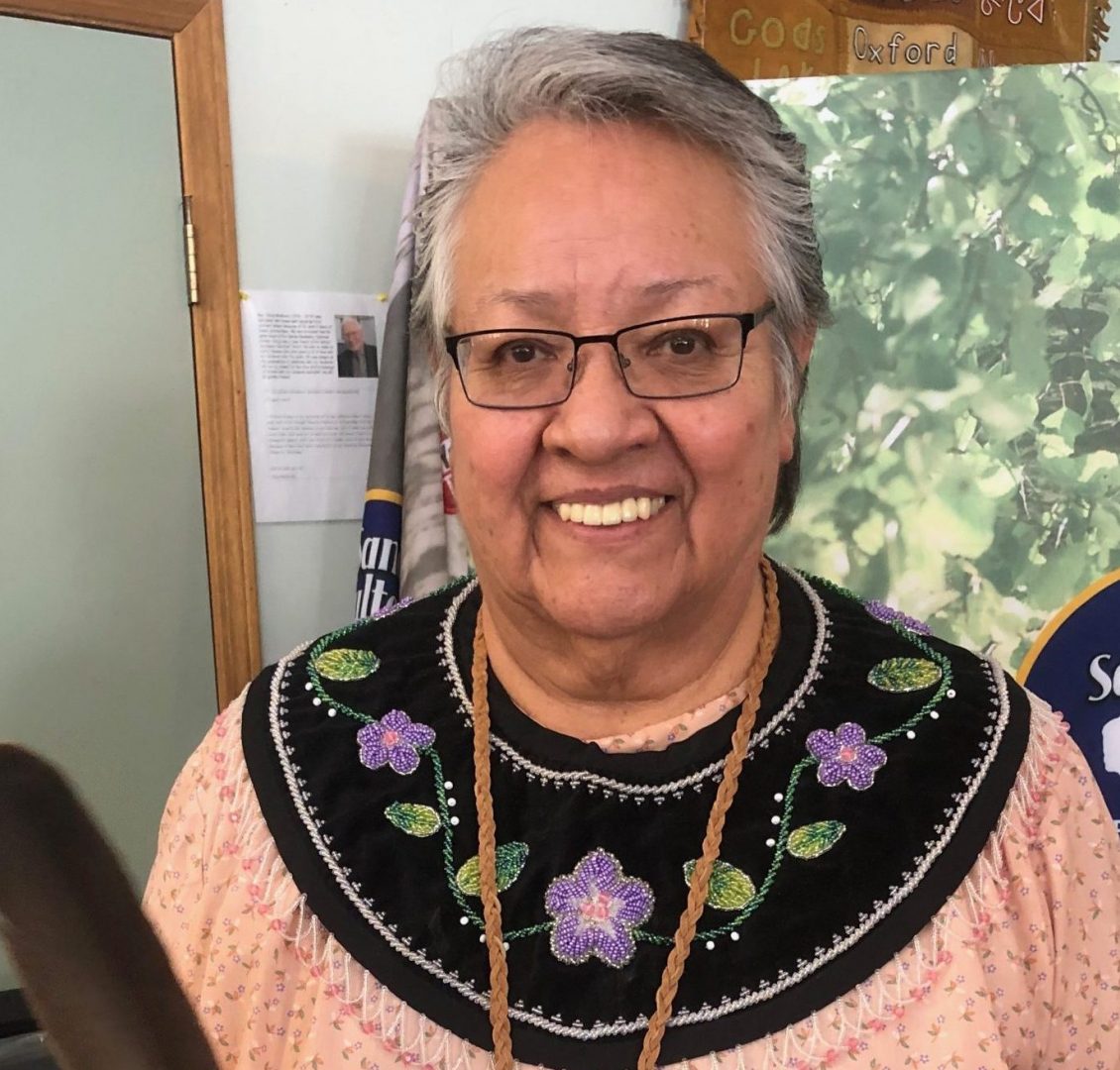 Eileen Antone was named an Honoured Elder by the Sandy- Saulteaux Spiritual Centre students earlier this year. She has served in many capacities in Oneida United Church on Oneida Territory near London, ON and in the former Great Lakes Waterway Presbytery and in the former All Native Circle Conference. Eileen has a doctorate in education and has shared much wisdom with our Indigenous community.

Joyce Johnston: “I am from Neyaashiinigmiing (in Ontario) where I serve my community as the Student Minister with Cape Croker United Church. I entered the ministry training program at Sandy-Saulteaux in January 2019 and represent the students to the Keepers of the Vision. I enjoy life and raising my great granddaughter Meadow who I consult regularly about technical matters.” 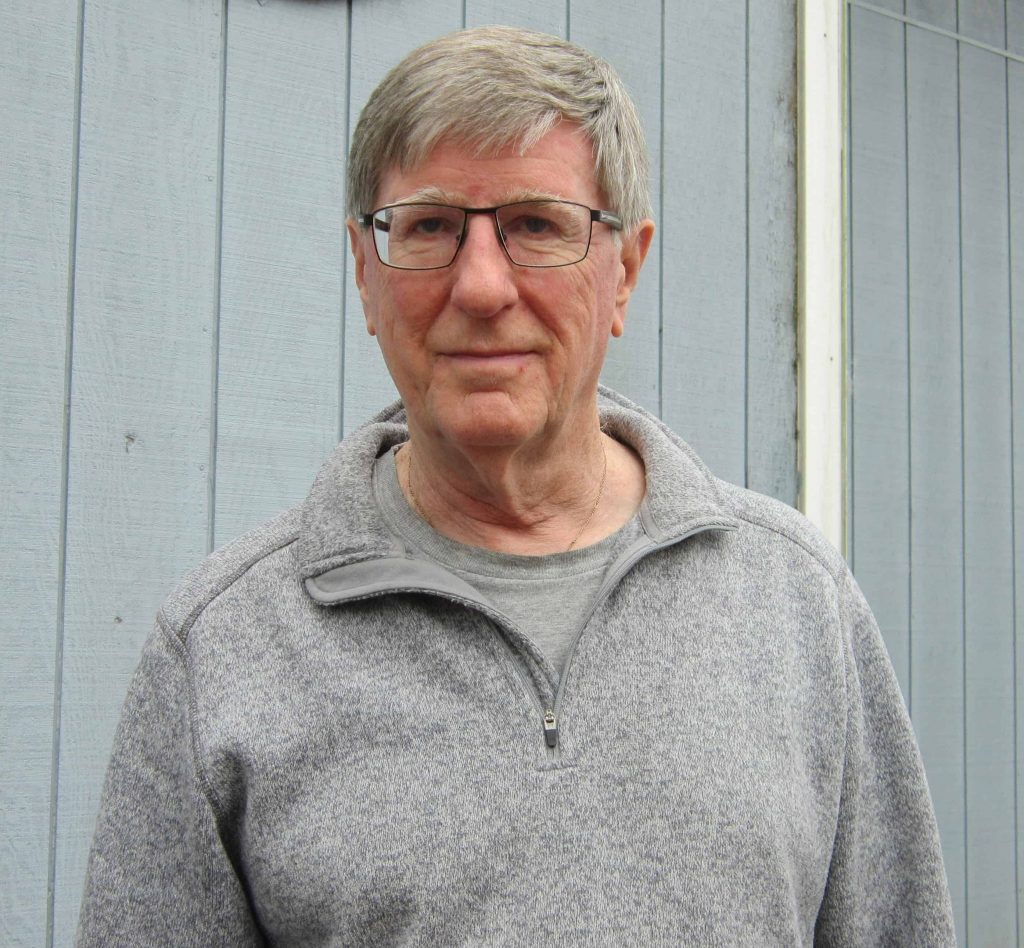 Ken Thomas: “I am both a certified professional accountant and an ordained United Church minister. I have served on the executive of numerous church and non-profit organizations including chairing the Conference committee for learning sites, committed to the education of clergy. So as Treasurer, I am blessed to be able to use these skills while gaining insight into and supporting the healing and restorative work of the indigenous church.” 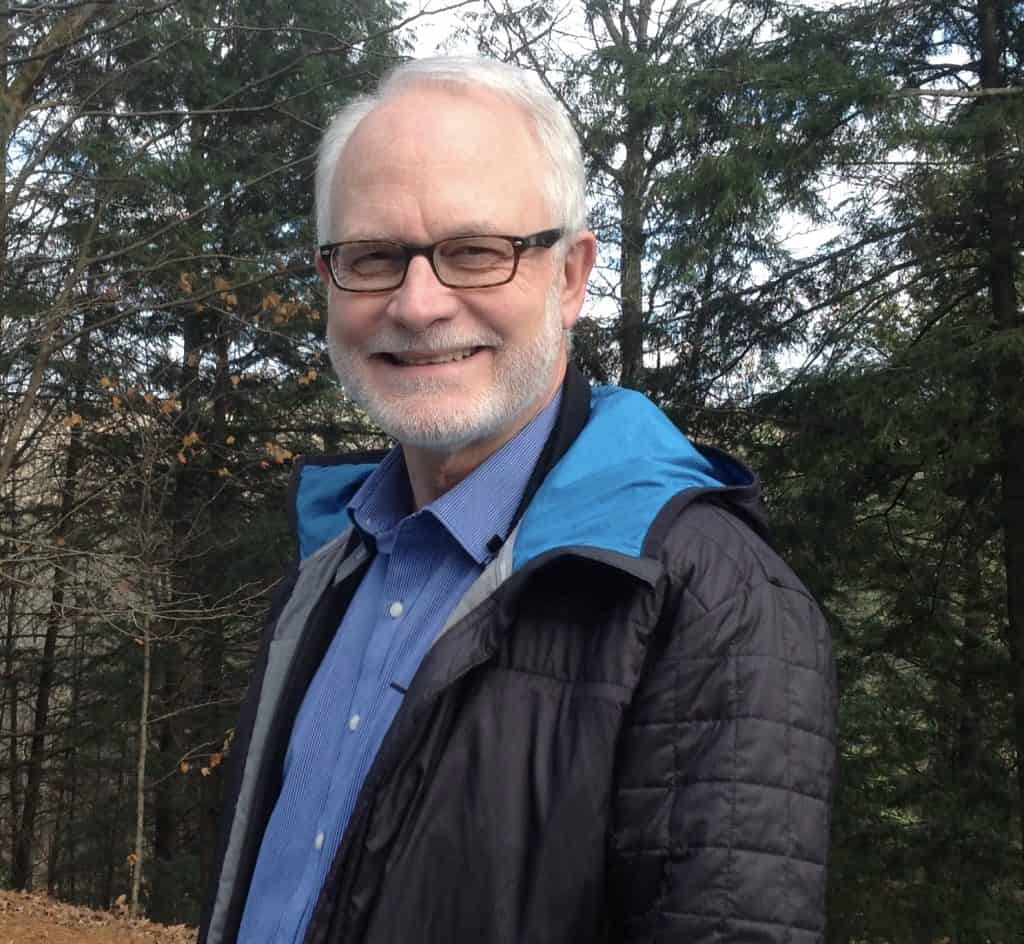 Steve Willey: “I am a retired United Church minister and I live in Bracebridge, Ontario with my partner in marriage, Carol Hancock. I spent the first third of my life in British Columbia, and then served communities across Canada including Xai’xais (Klemtu, B.C.) where I was a student minister. For 9 years I worked for General Council, first in the area of intercultural ministry, and then as the church’s bridge to its theological schools. In this capacity, I participated in the Wabung process that gave birth to the Sandy-Saulteaux Spiritual Centre, and sat with the Keepers of the Vision as an ex officio member of their circle. I am honoured, and humbled, to be invited to return to this circle.” 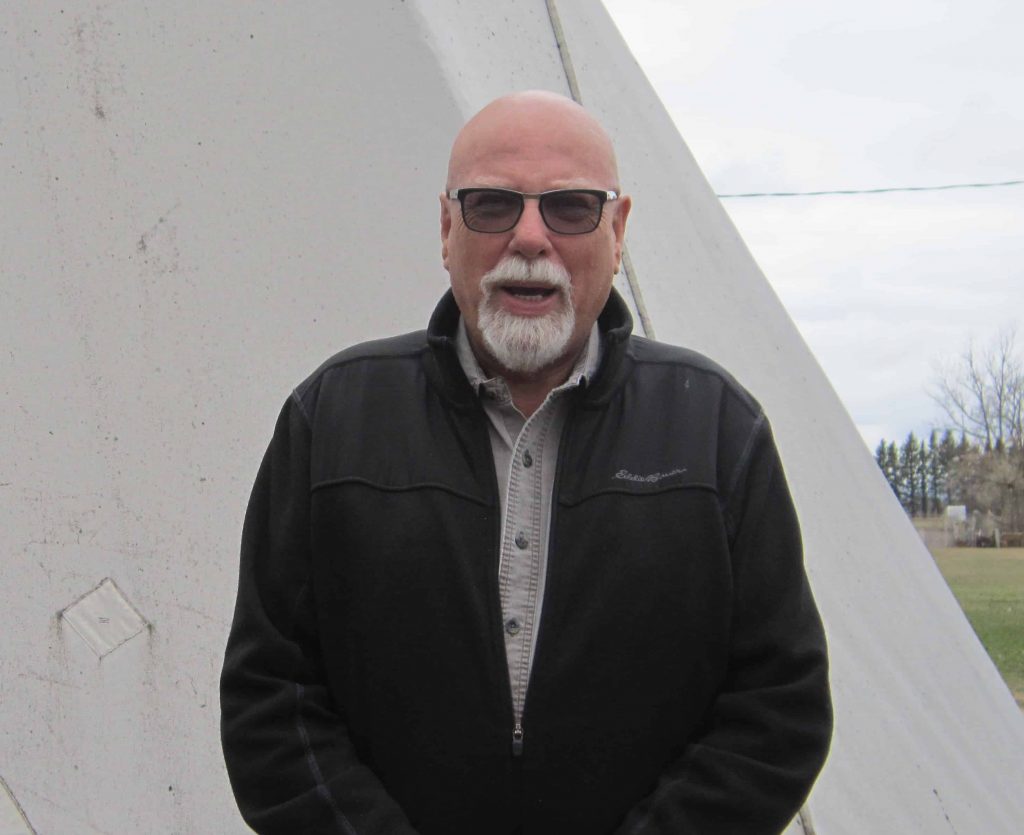 Jamie Scott: “I am a retired United Church minister, raised in Toronto and ordained in 1976. Following pastoral ministry in Saskatchewan, my ministry has focused on conflict resolution and restorative justice. From 2003-2015, I served as the General Council Officer for Residential Schools where I sought to live out the United Church’s 1986 and 1998 apologies in the negotiation of the Indian Residential School Settlement Agreement and the implementation of the Truth and Reconciliation Commission. I live near Ottawa.”

Rob Murray: “I’m a minister of the Presbyterian Church in Canada who has been serving an Anglican, Mennonite, Presbyterian, and United Church Ecumenical Shared Ministry in Pinawa Manitoba, for the last 21 years. Pinawa is just down the road from SSSC and we have had many personal connections over the years (including our mutual friend, Rob Smith, Keeper of the Centre, who is a member of our congregation). I’m very pleased to join the Keepers of the Vision as an expression of our congregation’s solidarity with the ministry of Indigenous people. I’m also on my own personal journey along the road of reconciliation and hope to build new friendships as we serve together.”

The Sandy-Saulteaux Spiritual Centre is an amalgamation of the Francis Sandy Theological Centre and the Dr. Jessie Saulteaux Resource Centre. 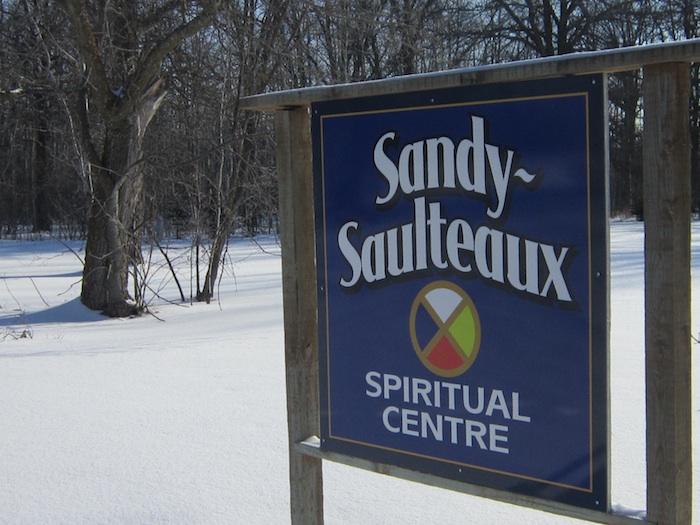 Calls to the Church

The Calls to the Church emerged from a process of discernment by the Indigenous Church from 2016-2017. They articulate the Indigenous Church’s vision for the ongoing development of Indigenous Peoples’ mission and ministry and communities of faith within The United Church of Canada. They outline pathways for the whole church to continue to walk in the Spirit of Christ toward justice, healing, and reconciliation.

Read more about the Calls to the Church from The United Church of Canada here: www.united-church.ca/community-faith/being-community/indigenous-ministries/calls-church.