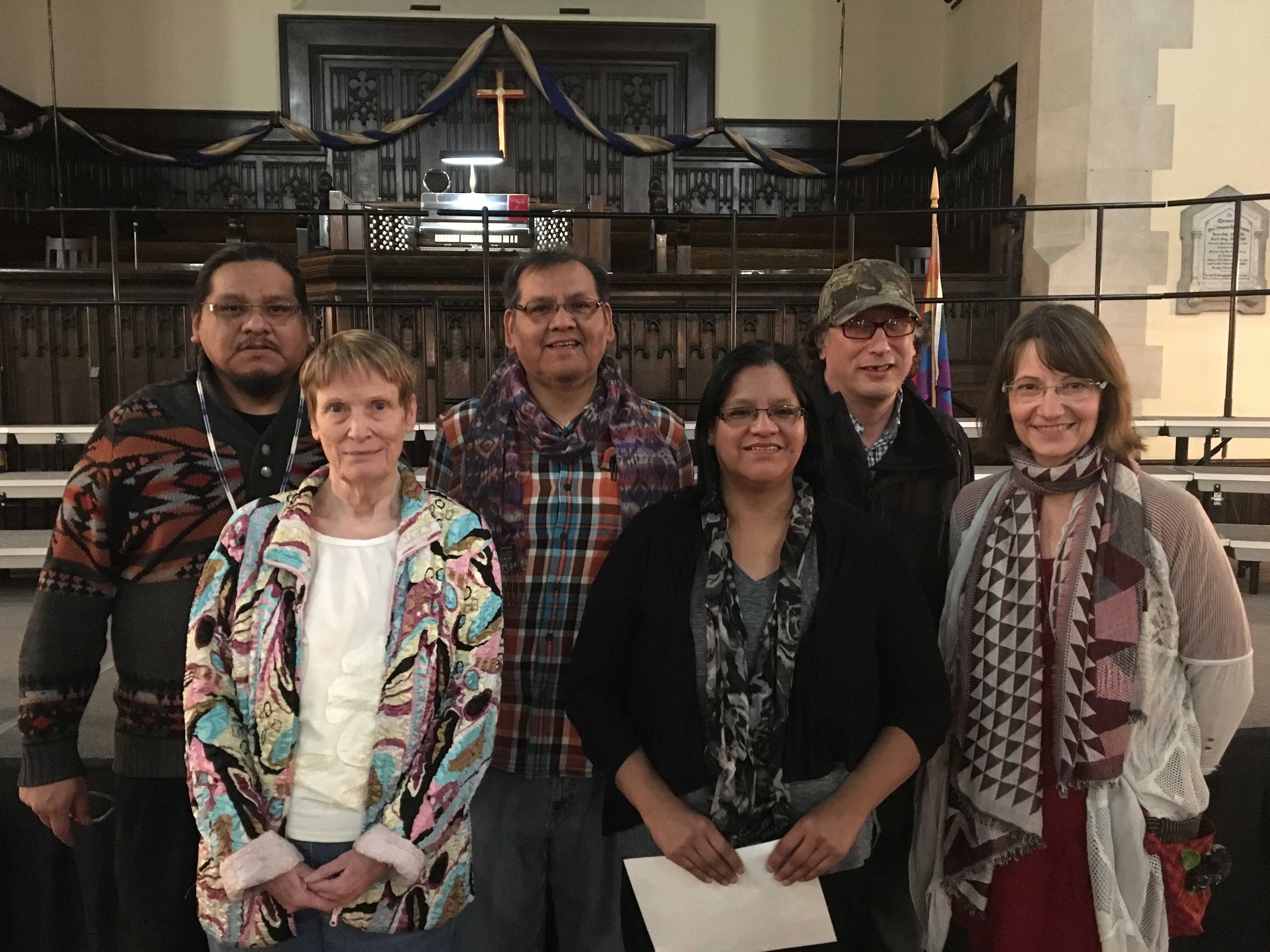 In November, 2017,I received an outreach email from the Choir at Knox United in Calgary.  They wanted the correct pronunciation of the Dakota words “Many and Great” from Voices United Hymn Book.  I embarked on a journey of Song.  Being a Nakoda from Morley I was not able to readily translate and pronounce Dakota words and sought help from my Friend, Isaiah Brokenleg, an Episcopal Student Minister from South Dakota.  I was able to connect with Isaiah and, along with my brother and sister, all of us in training for ministry, we in turn taught the correct words to the Choir at Knox United Calgary for their Advent Communion.

This song comes from the Dakota warriors who were hung because of a war that was started as the people were starving; the hanging is also commemorated as the Dakota 38.  We shared insight and the words as well as the singing of the Dakota Hymn to the Knox Choir, who learned quickly.

This was a reconciled song by the warriors. As they went to their execution they shook hands and forgave all the military on site and sang this song before they were hung.  It is a solemn and emotional remembrance for Indigenous people.

While I could not attend Knox United for the Advent Communion, as I was serving at Maskwacis for my own communion and service, I did receive the MP3 of the communion at Knox United, Calgary.  I am happy for the outreach and the teachings shared on this reconciliation Hymn.

As we move forward respecting one another we must do so together as a renewed United Church of Canada meaningfully implementing UNDRIP, TRC and The Treaties.

I received a thank you note and an MP3 from Knox United for the singing of Many and Great.  I sent a copy to Isaiah, who is now an ordained Episcopal Priest in South Dakota.  The singing was a revelation and healing.

John D. Snow Jr is a student at SSSC while pursuing his M. Div. at the Vancouver School of Theology. He is a Student Minister at Samsom United, Maskwacis Alberta.

A condensed version of this story appeared in our newsletter, Volume 6, Issue 1, March 2018.